Not Sure It’s You or God? 2 Ways to Know If You’re Hearing God’s Voice 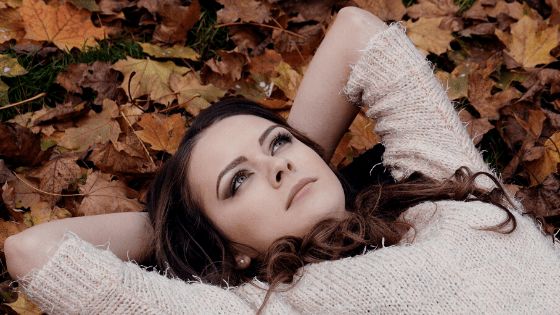 The good news is that those who belong to Christ have no problem identifying or hearing God’s voice.

In a world where there are so many voices clamoring to be heard, do you sometimes wonder how you’ll be able to hear God speak to you above all the noise?

Jesus said, “My sheep hear My voice, and I know them, and they follow Me.” In verse five of the same chapter, He also said, “…they will by no means follow a stranger, but will flee from him, for they do not know the voice of strangers.”

There are those who don’t believe God still talks to people today like He did in Bible days. So when they hear someone say, “God talked to me,” it beats their imagination. “Will God leave all the busy things He has to do, running all the planetary systems and so on, to talk to you?” they wonder. Well, the truth is God loves to talk to His children. He’s a master communicator who thinks you’re important enough for Him to talk to.

#1 God speaks through His Word

Even if He were to give you a prophecy or a word from the Spirit, it’ll always be consistent with His written Word.

This means that your ability to recognize God’s voice is tied to your knowledge of His Word.

If you’ve found it difficult to recognize God’s voice, what you need to do is keep hearing and receiving His Word into your spirit; that way you’ll become sensitive to His voice.

Moreover, you have to learn to act quickly on God’s Word, and, not delay. When you do this, you train your spirit to respond to His voice.

How to train yourself to be sensitive to ‘His Word’

The more you pray in the spirit, that is, in other tongues, the more sensitive your spirit becomes to God’s voice.

All these help to condition your spirit and put you in sync with God’s ideas, visions, and promptings.

If you’ve never heard Him, maybe you’ve not been listening. It’s also possible that God could have been talking to you and you didn’t know it was Him.

Remember the story of the little boy, Samuel. God called him three times, but he thought it was Eli the priest (1 Samuel 3:4-10). Why? Because you see, when God talks, He talks with the voice of a man, and a lot of times, He uses a familiar voice.

When Jesus spoke out of heaven Saul of Tarsus (who later became Paul), He called him by name and said “Saul, Saul, why persecutest thou me? And he (Saul) said, Who art thou, Lord? And the Lord said I am Jesus whom thou persecutest…” (Acts 9:4-5). Jesus had a dialogue with Paul in the Hebrew tongue (Acts 26:14), a language that Paul understood.

God still talks to us today; in fact, He does every day! He can talk to you in a familiar voice, and in a language you understand.

Start training yourself to recognize His voice.

How to train yourself to know ‘His voice’

The more you study and familiarize yourself with God’s Word, the easier it is for you to recognize and respond when He speaks to you.

Colossians 3:16 – Let the word of Christ dwell in you richly in all wisdom; teaching and admonishing one another in psalms and hymns and spiritual songs, singing with grace in your hearts to the Lord.

John 10:2-5 – But he that entereth in by the door is the shepherd of the sheep. To him the porter openeth; and the sheep hear his voice: and he calleth his own sheep by name, and leadeth them out. And when he putteth forth his own sheep, he goeth before them, and the sheep follow him: for they know his voice. And a stranger will they not follow but will flee from him: for they know not the voice of strangers.

I’m a child of God; therefore I know the voice and the leading of the Spirit. I’m always quick to respond to promptings, instructions and counsel from God’s Word and from His Holy Spirit within me.